Daily Fashion For You
HomeFashion NewsTop International Fashion News of the Week | 27.12.15 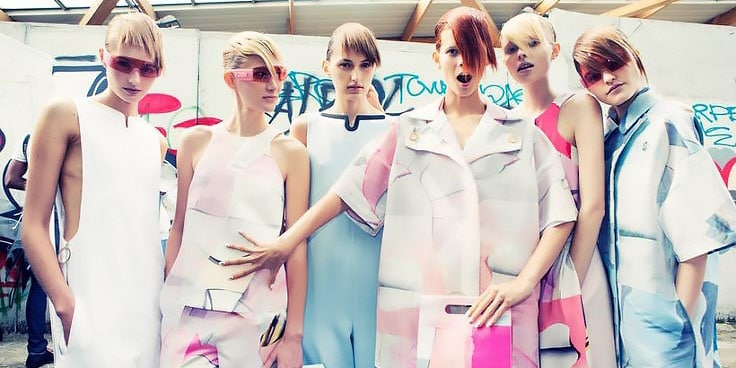 From 2015’s Model of the Year to Carine Roitfeld’s second collaboration with Uniqlo, these are the very best international fashion news stories of the week.

Models.com has announced blonde beauty Anna Ewers as this year’s Model of the Year to the Women’s category. Ewers was granted the 2015 title after getting the most votes with a poll of business members.

The name didn’t come without hard labour however. Ewers has had a hectic year, starring campaigns for several big brands, such as H&M, Chanel and Alexander Wang.

Carine Roitfeld and Uniqlo Team Up for Another Collaboration

Retail giant, Uniqlo has announced it will team up once again using Carine Roitfeld to produce another capsule collection. The stylist and magazine editor partnered with Uniqlo earlier this year to make a collection of designs that flew off store shelves. Hoping to recreate that popularity, the merchant has enlisted Roitfeld to collaborate on a new collection to be released early February 2016.

The new collaboration will research a “working girl” aesthetic whilst using the favorite fitted skirt and tailored coat styles. Working with a military theme, the upcoming collection contains predominantly black and white khaki tones while mixing things up with particulars of lace, snakeskin and palm-leaf prints.

France has adopted a new bill forcing ultra-thin models to deliver a physician’s certificate confirming their health in order for them to work. The contentious legislation will take in to consideration a model’s Body Mass Index (BMI) whilst allowing physicians the last say on if they are healthy enough to operate or not. Anyone found breaching this legislation, including models, modelling agencies and fashion houses may be fined and imprisoned for up to six weeks.

The bill also introduces new legislation in relation to magazines’ photoshopping versions’ bodies. Under the new law, all commercial photos of models which have been digitally altered to produce silhouettes seem smaller or larger should be captioned as “touched-up”.

Although many see this as a positive change to the industry it’s ruffled feathers with some stating that it generates body-shaming of women with eating disorders whilst departing designers and magazines unaccountable.

A courtroom in Bangladesh has issued arrest warrants for 24 people who have fled murder charges in connection to the 2013 Rana Plaza garment factory collapse. After failing to appear to face charges of murder, the judge issued warrants for 24 of the complete 41 people charged. Primary defendant and factory owner, Sohel Rana wasn’t amongst them however, as he awaits his trial.

The meltdown of Rana Plaza took place a couple of decades back and murdered 1,100 workers who were in the building at that time. The incident is considered one of the world’s deadliest garment sector disasters and emphasized a need for better practice within garment sectors of developing nations.

It might be the end of the year but the very awkward tv period for 2015 has only happened. American comic and host of the 2015 Miss Universe Pageant, Steve Harvey, has accidently declared the wrong winner to the competition in a cringe-worthy moment of live television.

Harvey started waving to the audience and announced Miss Colombia since the pageant winner, at which point she was presented with blossoms, crown and her sash. Harvey then returned to the microphone simply to apologise and title Miss Philippines because the authentic Miss Universe. The crown was then actually obtained from the head of Miss Colombia and given to Miss Philippines at a dramatic and uncomfortable ending to the mistake.